In racing terms, Hong Kong punches well above its weight. With little more than 800 races per year, Hong Kong is nonetheless home to 12 international Group 1 races. Of these, 10 featured in the World’s Top 100 Group 1 Races for 2019, with Hong Kong staging five of the world’s top 25 Group 1 races, one more than Japan and the USA and just one less than the UK.

The most prestigious of Hong Kong’s international Group 1s are the Hong Kong Cup, Mile, Sprint and Vase, which are all held on a single day each December — the LONGINES Hong Kong International Races (HKIR). Widely recognised as the Turf World Championships, the HKIR attracts horses from across the globe to compete for some of the most attractive prize money in racing. They are the culmination of a week-long festival of racing, which includes the LONGINES International Jockeys’ Championship, now one of the top jockeys’ contests in the world.

The quality of Hong Kong racing is such that it has a growing international fan base. Hong Kong race meetings are now broadcast around the world, while commingling enables overseas fans to bet on Hong Kong races via the Club’s overseas partners. The Club now has more than 50 commingling partners in 27 countries and jurisdictions, with commingling responsible for almost 20% of the Club’s racing turnover in 2019/20. 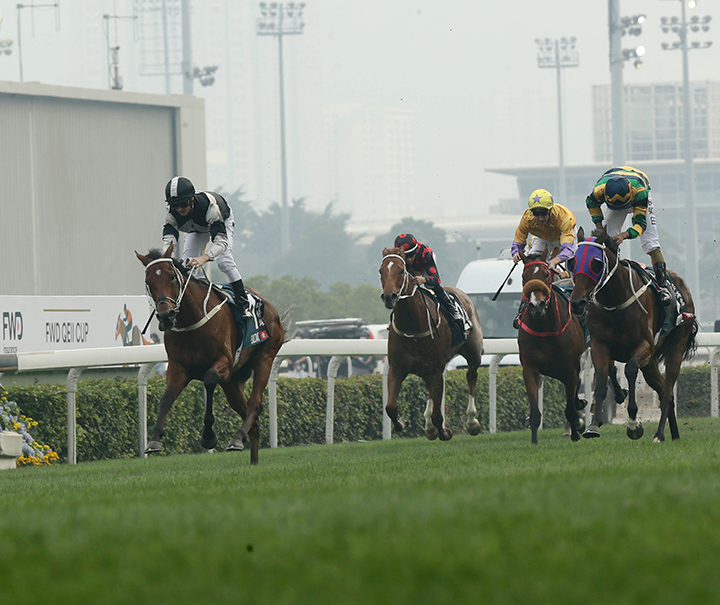